Refugees: Idomeni is not over, just broken into a thousand pieces...

I could not accept the invitation to go to Idomeni, Greece, last week, sent to me by NGOs assisting refugees there. But I have asked my Assistant Ana Luisa Fernandes to replace me. Here is the report that she wrote on what she saw:

"Idomeni, hell on Earth, died, they say. The Greek authorities, who initially promised to take a week to relocate people to official fields, announced already last Wednesday that “the job was complete”. But did it really die? On the same day that "the miracle" was declared I was in Thessaloniki, on the way to the border. I managed to pass the first police control but was not as lucky at the second one.

The reality, however, is so blatant that there is no way to control or bypass it. Idomeni is not dead – it broke into a thousand pieces. Tents and people accumulate now on the side of the road just a few kilometres from the border, in gas stations, abandoned houses and any other vestige of humanity left. Hundreds (thousands?) fled to the mountains, fearing forced deportations, and families were broken apart in the process, adding to the already horrendous number of unaccompanied minors. The improvised or overcrowded official camps do not offer basic conditions of dignity. Idomeni may have been emptied but it is far from dead.

I travel with Vasilis, a Greek journalist/activist with no affiliations who lived in Idomeni for 22 months, constantly trying to denounce the situation, and João (fictitious name), who arrived in Greece by boat and introduced himself as Syrian citizen to the authorities, knowing that his real nationality would automatically bar him entry into Europe, land of dreams. With João I share the birth year – 1990 - and the dreams of building a family, have a job, go to concerts. That is what we talk about for most of the time - his fiancée (still in his country of origin), how he does not want to go back poorer than he came, his BA in management and administration that he abandoned just one year before graduation.

The border is on the horizon. "See those houses there?" – asks João - "it is Macedonia (FYROM). I tried to cross twice but was caught and brought back. I was too late, a week after the closing of the border..."

A few kilometres away, in Evzoni, we find the wild camp Hara Hotel. Some teenagers are trying to take water from the engine of a truck to wash their feet. There are tents everywhere. João tells me that at Idomeni he “showered" every 15 days.

Ziah, who also belongs to the group born in 1990, has 28 girlfriends and is a smuggler. He tries to convince João to go with him and does not waste time negotiating prices. He brags about being very rich and is pleased with the news about Idomeni. “Means more business” – he says, smiling. More seriously, though, he tries to explain that he is not one of the worst smugglers, collaborates with the police sometimes and takes people only to Serbia, not to Germany. Zimos, the hotel owner, is "a dirty person", everyone agrees. He rents tents to refugees and hates NGOs because their donations are in direct competition with the makeshift supermarket he created. For him, as for all other actors in this story, there are mitigating circumstances. "He needs to survive. When he tried to help at the beginning, he received a water bill of € 5,000.”

As Ziah, many other smugglers operate here. Hotel Hara is the main headquarters of operations, it is no secret. It all happens in broad daylight, right in front of me, for all the world to see. Shadowing some of the tents there is a giant advertising sign announcing "Welcome to Greece!” God bless Europe.

We continued to Nea Kavala, an official camp controlled/managed by the army and where we find some of the big international names (UNHCR, Save the Children, the Red Cross). We get in thanks to Vasilis, who knows and is respected by everyone: refugees, authorities, smugglers.

The camp is hot, located on a sandy and desert ground, without shade, windy. Infested by flies. There is no end to the tents I see, and I see nothing but tents.

The first person I meet is Hanan, who arrived yesterday from Idomeni (this camp received 79 relocated refugees). She is 28 years-old, has 3 children (2 girls,12 and 10 years-old, and baby boy, 8 months), and speaks "no good English". Sara (the eldest daughter), on the contrary, speaks an amazing English and volunteered to do the translation. She explains she learned by questioning volunteers about individual words and set phrases, in Idomeni, since her parents needed help understanding. Hanan wants to get out of the camp, even if it is back to Idomeni. They were settled there, they knew where to find food and water. Yesterday they could not feed themselves and today Hanan has no milk in her breast for the baby. "Are you from Portugal? Take us to Portugal!". The father shows up and raises his arms: "Cristiano Ronaldo!". Vasilis tells me this is the first time one hears of a destination other than Germany in these camps, and that Portugal won a place in the dreams of these people. But they say they do not know what to do, no one contacted them and they do not know how or where to ask for help.

The group of Yazidis I meet in one of the tents, where I am the only woman, want to go together - no matter where, as long as they go all together. They are afraid that their culture will disappear completely. "Guantanamo Bay is better than here". There are rumours that a pre-registration programme will start in the camps, but the information is rather conflicting. For the time being it works (or does not) via Skype, in a reduced timetable with languages plots, and days go by with no one answering.

In MEPs Ana Gomes and Josef Weidenholzer offices we have been in contact with this group for already two months, pressing the authorities (Greek, Portuguese, European) for their relocation to Portugal, after becoming aware of their deplorable situation as a religious minority particularly persecuted by Daesh terrorists.

As we leave, there is a family arriving at the camp’s entrance. The father asks to be allowed in, explaining his brother is living there. The army offers a car to take them to another camp, since this one is full. The father insists: "My brother is here and we came on foot from Idomeni". I did not stay for the outcome but there does not seem to be much room for negotiation: "You cannot choose in which camp you want to stay". If family reunification does not work here, how will it work at European level?

Last but not least, EKO station, another illegal camp at a gas station, known as "Resort EKO", family-friendly, by contract to Hara Hotel. In one of the tents, a child shows severe breathing problems. “Sometimes is good to be sick” - someone explains - “you can be considered a vulnerable case”. Until it is too late.

Many organisations and Greek citizens, like Vasilis, try to restore some humanity. In Poligasó, a small village, the first Creative Lab for refugees is being set up, under the slogan "integration needs participation". Oikopolis and Solidarity Now have their headquarters in the same building in Thessaloniki. Two organisations, the same goals. They provide everything: legal counselling, language classes, clothing distribution, and the Idomeni canteen, Oikopolis’ main project which served up to 12000 meals a day. Dimitar, a volunteer, is pleased with the closing of Idomeni but worries about the people that have not been relocated in camps. "How will we be able to get the food to them?".

Idomeni did not die. As Europe, it broke into a thousand pieces". 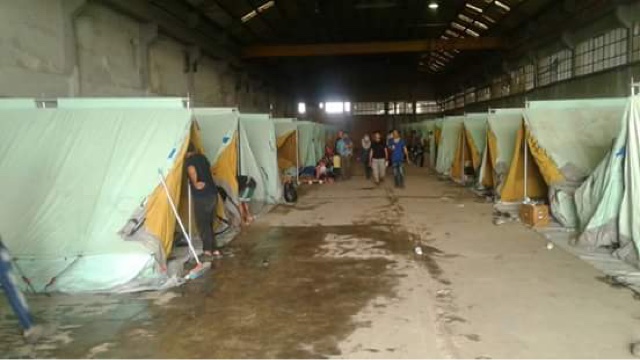 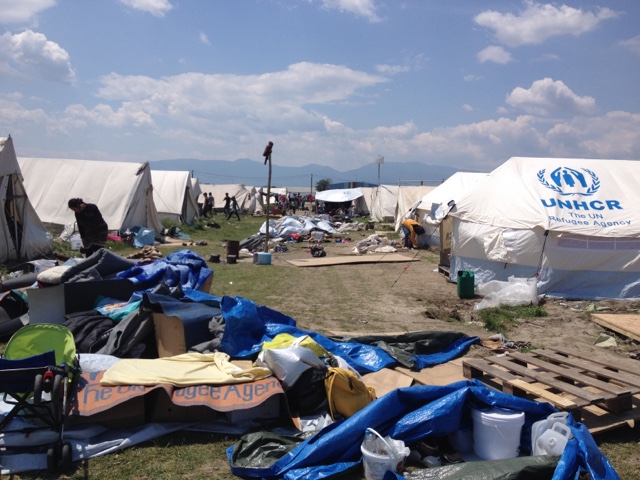 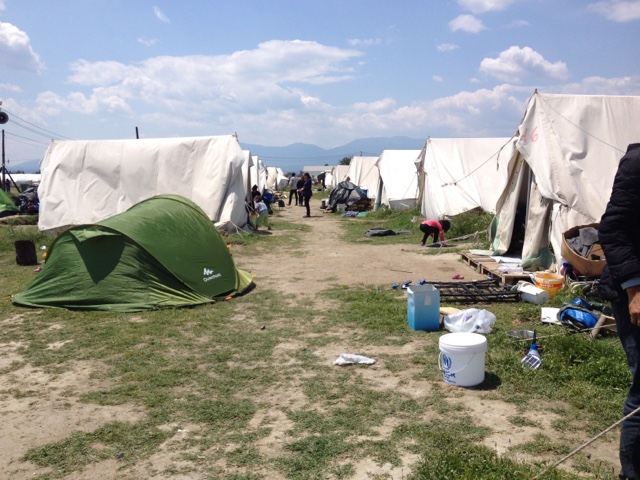 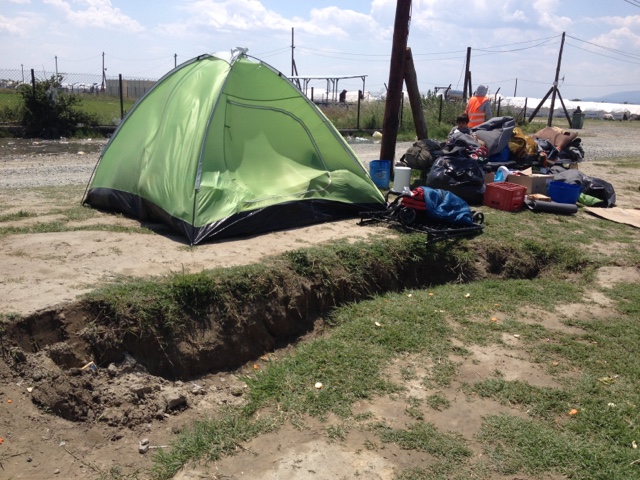 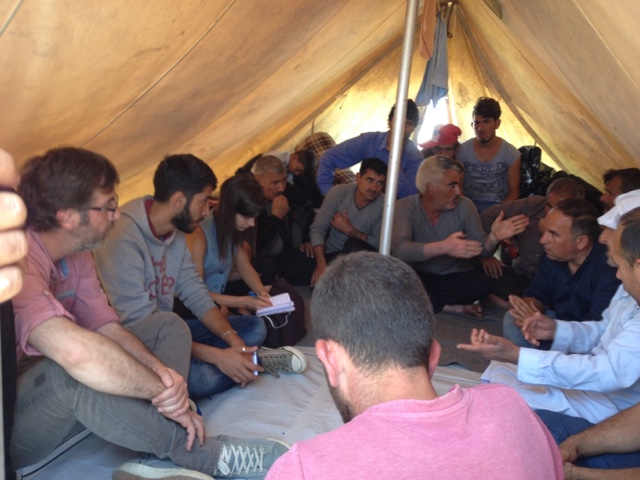